The cryptocurrency market has seen a lot of ups and downs since the start of the bear attack which has directly affected the prices, market caps, and other metrics. Since the start of March, the prices have seen a slight increase with Bitcoin seeing a steady hold above $4000. There has also been a steady increase in the hash rate of Bitcoin, which means that the number of people coming into the Bitcoin ecosystem has increased.

Recent reports show that Bitcoin’s hash rate had seen a drop of 50% but then steadily increased to register an 80% gain. At the same time, Ethereum had dropped by 50% with no recovery as of yet. Dovey Wan, the Founding partner at Primitive had said:

“This is the most direct reflection of confidence from miners based on their expectation of that PoW coin.”

She further stated that:

“Zcash hashrate has been pretty steady despite having maybe the worst price performance of all top PoW coins, thanks to A9 being the most profitable ASIC out there which can still mine Zcash profitably even if $ZEC price hits $10.”

According to the charts, Ethereum’s hash rate had peaked sometime around August 2018 after which it had continuously fallen to settle at its current hash rate of 147.221 billion hashes per second. At the same time, Bitcoin’s hash rate was at 47.567 trillion, a stark increase from its fall to 32.728 trillion before the end of 2018. 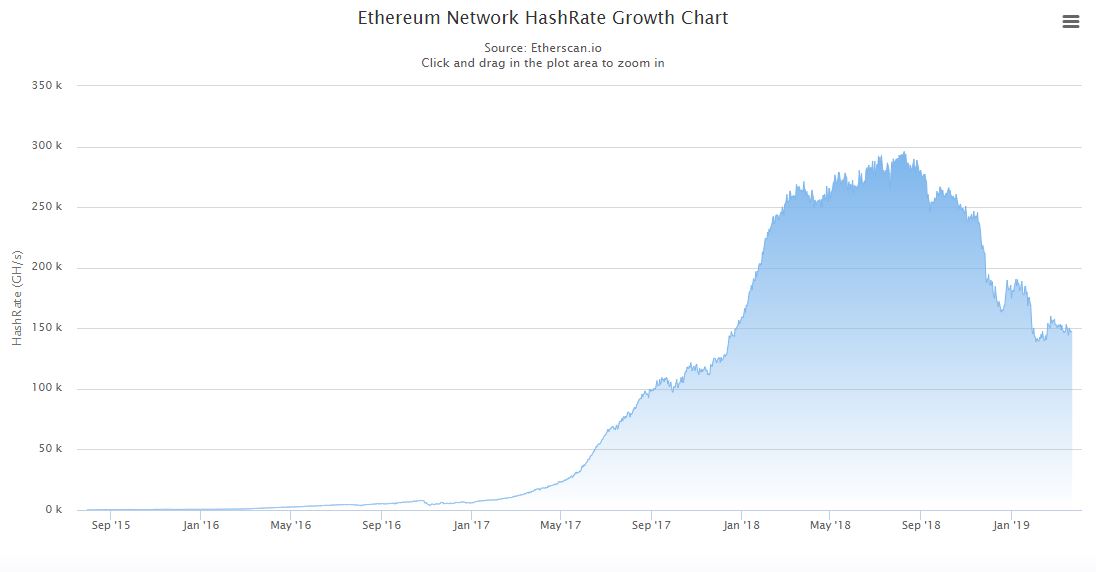 Engineering graduate,crypto head and Arsenal fan. Is fascinated by technology and all its marvels. Strictly against pineapple on pizza.