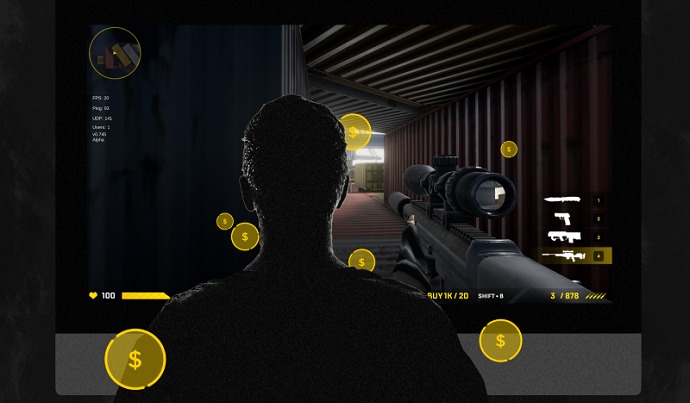 The future looks bright for those who are passionate gamers and crypto enthusiasts. With each passing day, both worlds come together, proving that blockchain technologies are of great use to a vast range of industries.

These kittens collapsed the Ethereum Network

The introduction of ERC721 tokens represented a before and after for gamers and crypto adopters. Crypto Kitties, the first game to use this type of token as a way to monetize assets, was a total success. So much so that the Ethereum network collapsed because of the kitten transactions between users.

Since then, the developers have not rested, bringing new and exciting proposals to the market. But something was always missing since hardcore gamers didn’t fit into this niche.

War Field, a First Person Shooter (with a theme similar to “Counter-Strike” for the less expert) is a game that seeks to reduce this gap. To this end, it offers the possibility for players to win Cryptos by defeating their opponents. They will then allow you to buy other items and events as if they were real money.

The cryptocurrency handled by the game is Golder (GLDR) An ERC20 token running on the Ethereum Network. Currently, the company behind the development of War Field is holding Pre-Sale of these tokens at a 60% discount off the original price.

Monetization is something that has attracted many players, however very few manage to become professionals or earn money for this activity. As a result, many alternatives such as stream uploading have allowed players to make their hobby a lucrative one.

War Fiel seeks to break with this paradigm. Andrius Mironovskis, Founder, and CEO of WAR FIELD states in the game’s official blog:

“Our goal is no less than to create a global blockchain-driven gaming economy that lets video gamers fully monetize their skills… What could be better than getting paid to play video games? It’s been a gamer’s dream.

Here at WAR FIELD, we are making it a reality for everyone – whether expert or casual player – thanks to blockchain technology and a great online game, with more games to come,”

In Warfield, players compete in deathmatch games. Whoever wins gets GLDR from the losers. Later on, in the marketplace, gamers can use the money earned for in-game purchases or even for crypto trading.

The game is currently in Alpha version and can be tested on PC. The Xbox and PS4 versions will be released in 2019 along with a version for mobile devices