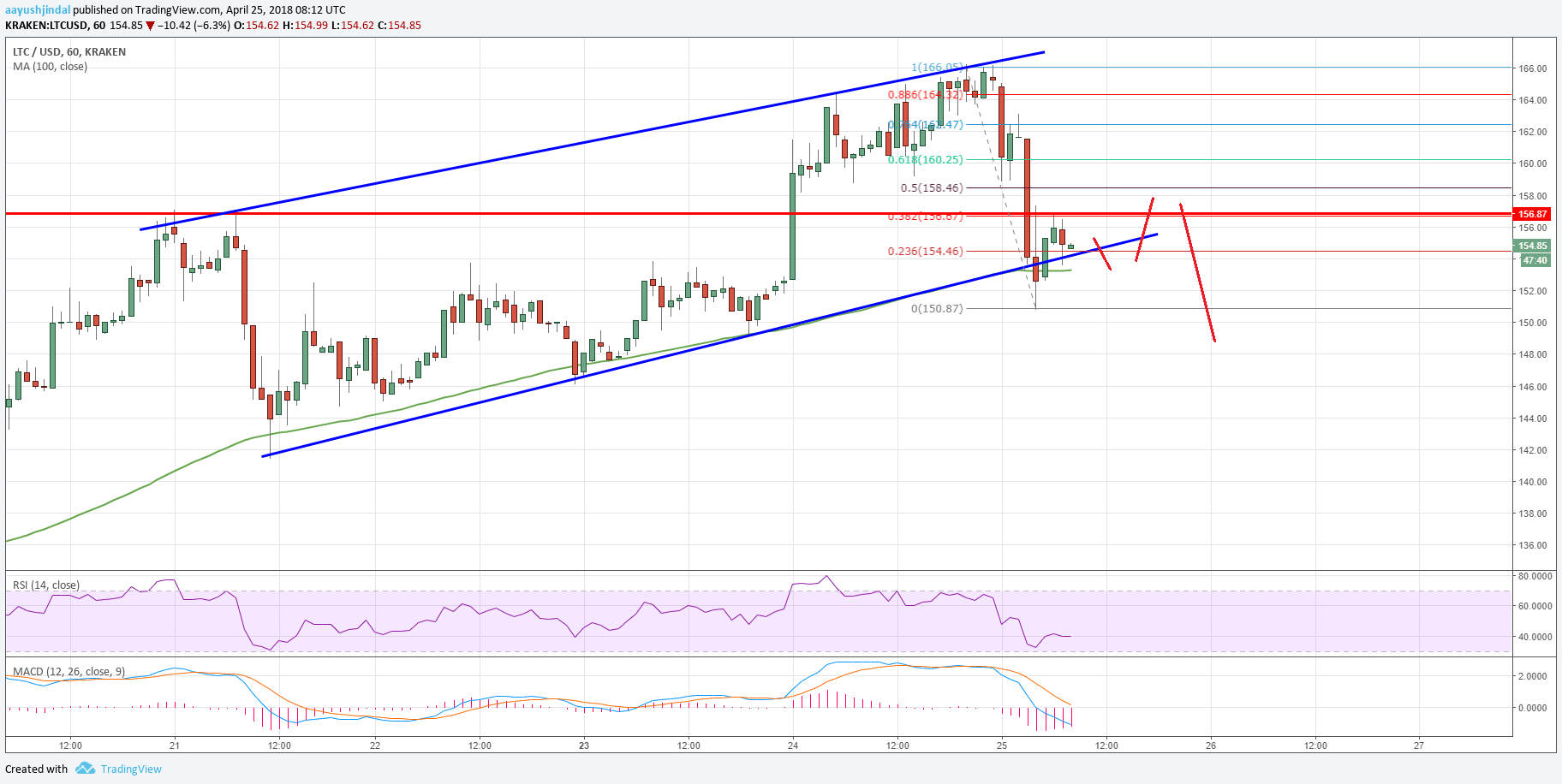 Litecoin price traded above the $165 level against the US Dollar. LTC/USD failed to hold gains, corrected lower, and is currently testing a major support near $154.

There was an extension to yesterday’s upside move above the $160 level in litecoin price against the US dollar. The LTC/USD pair traded to a new monthly high at $166.05 before it faced sellers.

Later, a fresh downside correction started and the price moved below the $160 support level. The decline was such that the price even broke the $156-157 support zone. However, the downside move was protected by the $150 support area and the 100 hourly simple moving average.

More importantly, the LTC/USD pair is currently holding a major bullish trend line with support at $154 on the hourly chart. Therefore, as long as the price is above $154 and the 100 hourly SMA, it could bounce back.

On the upside, an initial resistance is near the 38.2% Fib retracement level of the last decline from the $166.05 high to $150.87 low. Additionally, the broken support at $157 may perhaps act as a resistance.

Thus, it all depends on the $154 support and the 100 hourly SMA. If buyers stay in control, litecoin price could bounce back and break the $160 resistance once again.

Trade safe traders and do not overtrade!